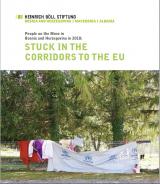 People on the Move in Bosnia and Herzegovina in 2018: Stuck in the corridors to the EU

Migrants
Bosnia and Herzegovina (BiH) has been part of the “Balkan route” for smuggling people, arms and drugs for decades, but also a migrant route for people who have been trying to reach Western Europe and the countries of the EU in order to save their lives and secure a future for themselves. This report offers insight into the situation on the field: is there a system responsible for protection, security, and upholding fundamental human rights? What has the state response been like? What is the role of the international community?
pdf 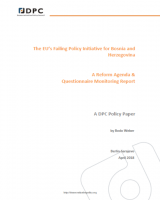 The EU’s Failing Policy Initiative for Bosnia and Herzegovina

It looks like, after the parliamentary elections in October 2018, the EU will be forced to face the country's biggest constitutional crisis since the end of the war and the failure of its initiative in BiH. 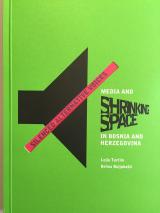 The Heinrich Böll Foundation presents the study "Media and Shrinking Space in BiH: Silenced Alternative Voices" by the authors Prof. Dr. med. Lejla Turčilo and dr. Belma Buljubašić. The study is a continuation of last year's publication "Shrinking Spaces in the Western Balkans," which deals with the global phenomenon of shrinking space actors in civil society. In this issue, the authors focus on this phenomenon in relation to the media. 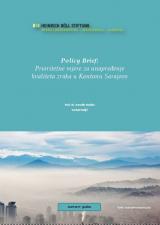 According to the World Health Organization (WHO), on the list of the ten most polluted cities in Europe, five are in Bosnia and Herzegovina. This is another unwanted record for the country with the second highest of rankings for air pollution mortality in 2017 in the world, behind North Korea. Between the 2nd and 4th of December, Sarajevo was the most polluted capital in the world, according to data provided by US embassies, that constantly monitor the environmental situation of the cities they are based in. BiH lacks a comprehensive strategy for combating air pollution.

Legal Instruments for the Environmental Protection