Migrations and the New Epoch of Peace

This essay investigates the effects of contemporary migrations on the constitution of a new epoch of peace, with particular emphasis on the European Union as a desired integrating entity for hundreds of thousands of people uprooted from their hearths.
By Nerzuk Ćurak

Wake up, EUrope! Democracy or Ethnocracy?

With this panel, we came to the conclusion that the conditions for changing the Constitution and the Election Law have not been met due to the fact that Bosnia and Herzegovina is in the pre-election year, and that the work of state institutions, including the Parliamentary Assembly of Bosnia and Herzegovina, has been blocked by secessionist forces from the Republika Srpska, while at the same time the Government of the Federation of Bosnia and Herzegovina is de facto in a technical mandate, due to the HDZ obstructions in the establishing the government at that level in accordance with the results of previous elections.
By Azra Zornić

The price tag for entering the political competition in North Macedonia is about to get a lot higher, especially for civic initiatives and independent candidates, with the amendments to the Electoral Code proposed by the government. The amendments, if passed by the Parliament, would require each independent list for the upcoming municipal elections to submit the signatures of at least two percent of the registered voters in the designated municipality, in order for their candidacy to be accepted and for them to be allowed to take part in the elections, planned to be held in October.
By Goce Trpkovski
All democracy articles 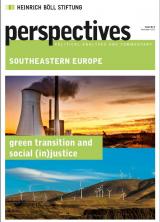 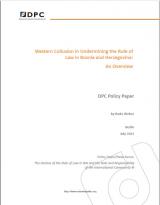 Western Collusion in Undermining the Rule of Law in Bosnia and Herzegovina:

Three legal cases/political scandals during 2018-19 grabbed the attention of the domestic public and the international community in Bosnia and Herzegovina (BiH). The first two concerned the unresolved deaths of two young men, Dženan Memić in Sarajevo and David Dragičević in Banja Luka. The improper investigative conduct of the police and judiciary regarding their deaths raised suspicions of cover-ups and political interference. The third concerned corruption allegations against Milan Tegeltija, then president of the High Judicial and Prosecutorial Council of Bosnia and Herzegovina (HJPC), the BiH judiciary’s self-managing body.
The three cases marked the nadir of a steady decline of the rule of law institutions in BiH over the last decade and a half, and stand in stark contrast to 2005 when BiH was a frontrunner among Western Balkan countries aspiring to European Union (EU) membership. Rule of law achievements until then had been the result of substantial and systematic judicial and (to a lesser degree) police reform carried out during the immediate post-war period under the leadership of the international community. 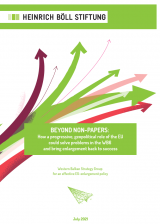 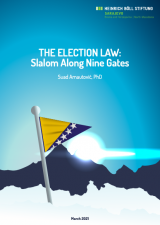