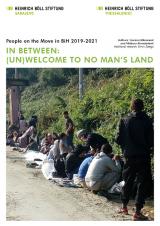 This report is a follow up to Heinrich Boll Stiftung’s 2019 report People on the Move in Bosnia and Herzegovina in 2018: Stuck in the corridors to the EU. In the first report, we covered the situation in BiH during 2018, and how it carried on in 2019. Since we wrote the report nothing much, but at the same time a lot has changed and happened with relation to the people on the move who have continued to come to the country to this day. Unlike previous years, the majority
of people arriving are from Afghanistan.

Bosnia and Herzegovina (B&amp;H) cannot yet be defined as a new "stable democracy". Čović (HDZ B&amp;H) is trying to make changes to the B&amp;H Election Law before the 2022 General Elections, which is to ensure the "legitimate representation" of the constituent peoples. In this way, with "legitimate representatives", a way would be opened for the implementation of their own long-term strategy, which undoubtedly goes in the direction of rounding off the territory of Bosnia and Herzegovina which is inhabited by majority Catholic population, i.e. the rebirth of the "extinguished" so-called Herzeg-Bosna, its full territorial and political autonomy and its eventual annexation to the Republic of Croatia.
By Suad Arnautović 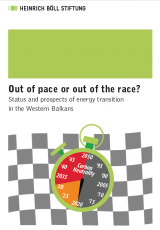 Out of pace or out of the race?

Our world is facing one of its greatest challenges: the race to zero (emissions) and climate-neutrality.
Science tells us almost everything we need to know about the rules of this race. Moreover, most countries have read these and signed-up to enter the race years ago, in Paris, in 2015.
The Paris Agreement, a legally binding international treaty on climate change, was adopted by 196 countries at COP 21 in Paris, on 12 December 2015 and entered into force on 4 November 2016.
Its main goal is to limit global warming to well below 2, preferably to 1.5 degrees Celsius, compared to pre-industrial levels.
To achieve this long-term temperature goal, countries aim to reach global peaking of greenhouse gas emissions as soon as possible to achieve a climate neutral world by mid-century.

Appealing to their responsibilities and ethics, the media has a huge responsibility in contributing to the image of refugees and migrants as criminals of refugees by creating a confusion between “Knowledge” and “Opinion”, fact and rumors. Is an ethics of media discourse possible? Fortunately some organizations such as the Media Centar Sarajevo and Raskrinkavanje try to prevent the phenomena, by imposing a time for a deeper analysis of the information for a reconstruction of reflection. Elvira Jukić-Mujkić, editor at Media Centar Sarajevo, will share a part of this reflection.
By Idriss Moussaoui

According to the data of the Hydrometeorological Institute of the Federation of BiH, Zenica in 2019 had the most polluted air in the Federation of B&amp;H, and high concentrations of sulfur dioxide and dust were particularly pronounced. The metallurgical factory is the dominant source of SO2 and dust emissions in Zenica. The struggle of the activists of the association Eco Forum to improve the air quality in Zenica has been going on for twelve years.
By Samir Lemeš

At that time, in May 2006, a renowned architect from Sarajevo Lidumil Braco Alikalfić published a significant text – an expert analysis – on the shortcomings identified by that moment and the “tragedy” that was unfolding primarily in Igman and Bjelašnica in terms of the natural degradation and lack of awareness of this issue, the wrong orientation towards “cementing” the mountains in favour of apartments, hotels and parking lots.
By Zlatko Dizdarević