For us, ecology, sustainable development, democracy and human rights are inseparable. Twenty years ago, environmental protection, energy, sustainable development and climate change were issues that only a handful of scientists and activists or green movements in rich countries faced. Today they have become important political and economic issues and are now unfortunately the biggest problem in the national and world agendas.

The reason for this is undoubtedly insufficient concern with the problem and its reduction to a purely professional and scientific level, far from the public and politics. Energy, climate change and environmental protection are not only questions of science or personal relationship to nature, but questions of consciousness and responsibility, both of individuals and of the community. For these reasons, we try to publicly address this issue, which arises from a wrong relationship with nature, the consequences of climate change and energy sources.

The Energy Crisis in North Macedonia

Introducing additional air pollution measures, having environmental activists in the local councils, banning of production and selling of plastic bags nationwide, are victories to the battles fought over the years. Even if they come in a period of an ongoing energy crisis, when rightfully so the question is now posed of how really successful the energy transition is. Reactions remain divided on what should be a priority now. As the new mayors take over the leadership in the biggest cities, including Skopje, Tetovo, Bitola and Ohrid, among other, the air pollution picked up again towards the end of the month of November, especially in Tetovo and Skopje.
By Srgjan Vidoeski
More ...

According to the data of the Hydrometeorological Institute of the Federation of BiH, Zenica in 2019 had the most polluted air in the Federation of B&H, and high concentrations of sulfur dioxide and dust were particularly pronounced. The metallurgical factory is the dominant source of SO2 and dust emissions in Zenica. The struggle of the activists of the association Eco Forum to improve the air quality in Zenica has been going on for twelve years.
By Samir Lemeš

At that time, in May 2006, a renowned architect from Sarajevo Lidumil Braco Alikalfić published a significant text – an expert analysis – on the shortcomings identified by that moment and the “tragedy” that was unfolding primarily in Igman and Bjelašnica in terms of the natural degradation and lack of awareness of this issue, the wrong orientation towards “cementing” the mountains in favour of apartments, hotels and parking lots.
By Zlatko Dizdarević
All ecology articles 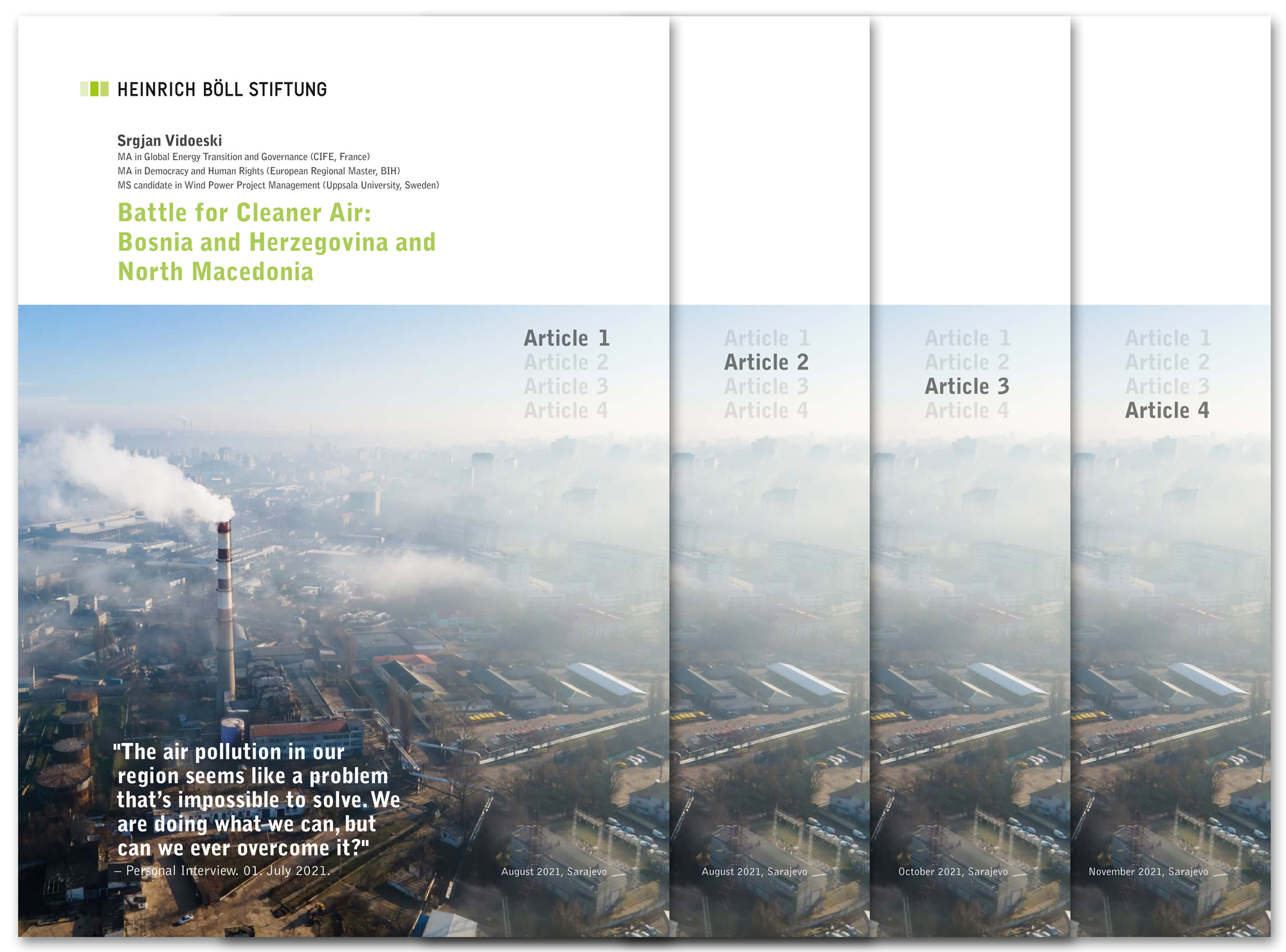 I experienced headaches due to the constant exposure to the toxic air.

We are forced to fight the air pollution at the court.

It is a shame for such a beautiful city to be so polluted (Sarajevo).

Battle for Cleaner Air: Bosnia and Herzegovina and North Macedonia

The air pollution in our region seems like a problem that’s impossible to solve. We are doing what we can, but can we ever overcome it? 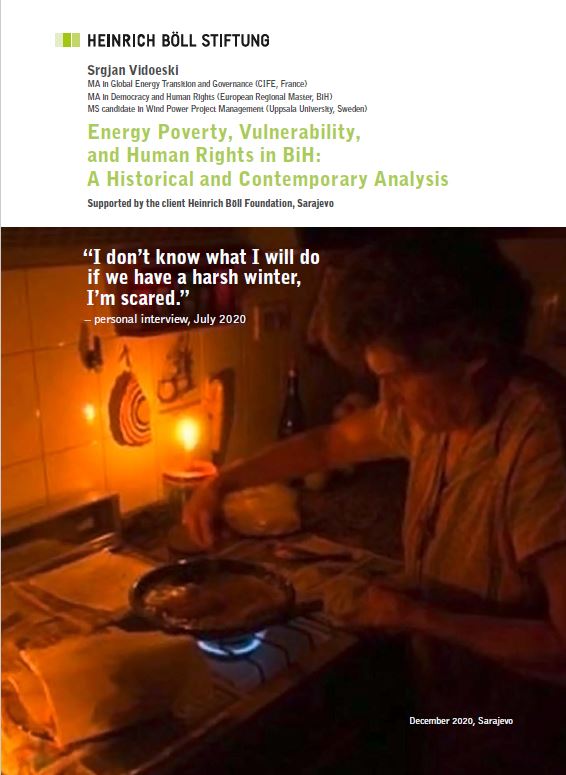 Energy Poverty, Vulnerability, and Human Rights in BiH: A Historical and Contemporary Analysis

Across Europe, the awareness on energy poverty is growing rapidly and the issue is being increasingly integrated within the activities of the European Union, evidenced by the European Commission’s flagship legislative proposal “Clean Energy for All Europeans” announced on 30th November 2016. Some of the leading institutions working on energy poverty are the EU Energy Poverty Observatory and the European Energy Community. The EU Energy Poverty Observatory urges all relevant stakeholders working on energy poverty to build and expand a specialist network dedicated to addressing the issue across the Continent. According to their official website, the Observatory has been developed by 13 different institutions, including organizations, universities, and businesses. The advisory board is comprised of over 70 leading stakeholders from across Europe and it was officially established in 2018. Its creation is an effort of the European Commission to address energy poverty in a more systematic way, provide resources for public engagement, disseminate information and facilitate knowledge sharing. 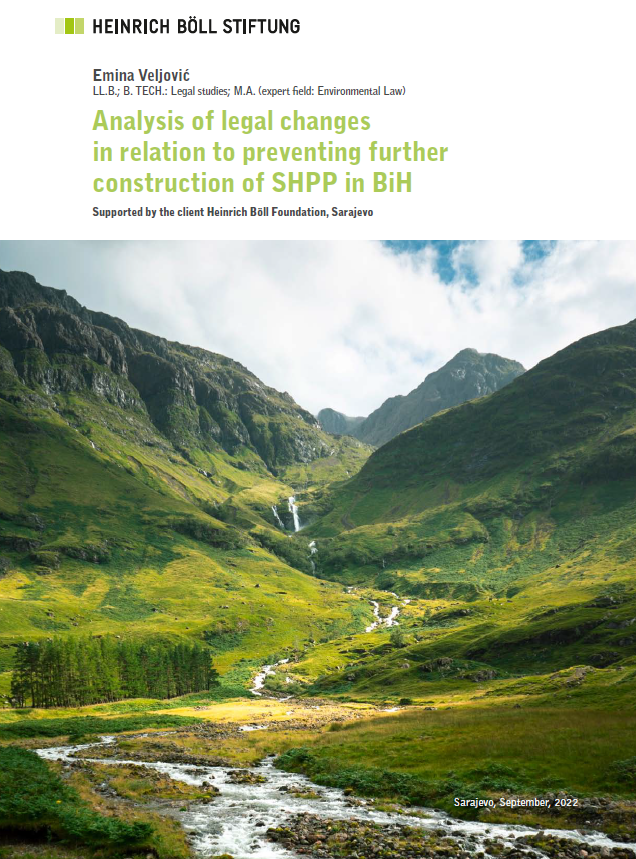 BiH has a total of 244 rivers, which means that with the construction of more than 500 planned small hydropower plants, effectively all rivers in the country would be used for commercial purposes.